This relationship finally takes the next step.

If you thought the most exciting moment of 2015 was going to be watching 'Star Wars: The Force Awakens', you'd be totally wrong. In fact, the most significant moment of 'The Big Bang Theory' so far probably tops even that. Sheldon Cooper has finally relinquished his virginity. And it's perfect.

TV's most adorable couple finally get it on

For this socially awkward, genius physicist played by Jim Parsons, intimacy and romance has always been a huge problem. Girlfriend Amy Farrah Fowler is a little more into those areas, but her patience over her five-year relationship with Sheldon has been remarkable; content with holding hands, infrequent hugs and occasional brief kisses, she deserved a little more passion from her long-term boyfriend.

Indeed, Sheldon delivered that and then some in season 9 episode 11, 'The Opening Night Excitation'. He even traded the opening night of 'Star Wars' at the movies to treat Amy on her birthday, while his friends Leonard, Raj and Howard enjoyed the movie accompanied instead by 'Star Trek''s Wil Wheaton. If it sounds unbelievable that Sheldon would give up something that's clearly so important to him, you might be more inclined to accept it when we explain that it was actually a vision of Han Solo that persuaded him - well, Professor Proton (Bob Newhart) dressed as such. 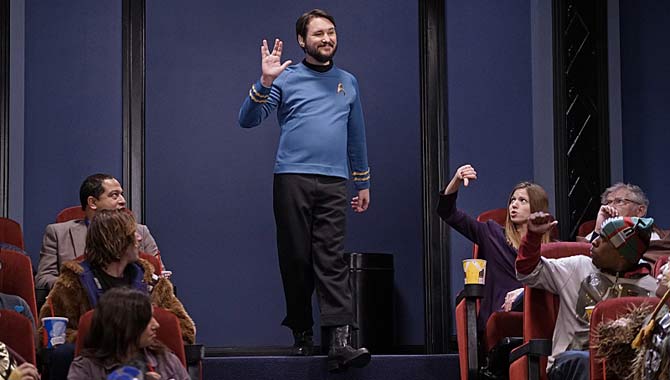 With a little guidance from Penny and Bernadette, he psyched himself up for the big night, though he only just managed to shake the urge to draw up a formal contract ahead of proceedings. Hilariously, their post-coitus conversation mimicked the one of Leonard, Raj, Howard and Will after watching 'Star Wars'. 'I enjoyed that more than I thought I would', said Wil and Sheldon.