It's been over 14 years since they first got together, but now Jim Parsons has finally gotten to marry the love of his life Todd Spiewak according to reports. That's definitely the news we needed after the recent 'Big Bang Theory' season 10 finale. 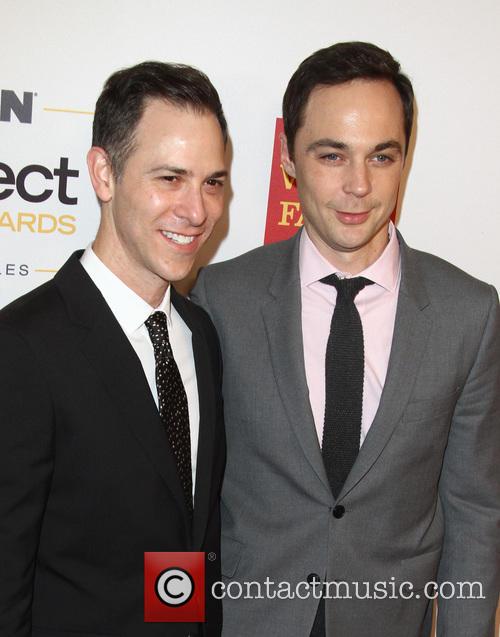 Todd Spiewak and Jim Parsons at the 2016 GLSEN Respect Awards

Jim Parsons officially tied the knot with his art director partner Todd Spiewak at the iconic New York club and restaurant the Rainbow Room on Saturday night (May 13th 2017); a rep for the actor confirmed the news this week and social media have gone crazy with congratulatory messages.

In November 2016, 'The Big Bang Theory' star unveiled a shot of himself with Todd on their anniversary with a beautiful message on Instagram. 'I met this guy (the one with the mic) 14 years ago today and it was the best thing that ever happened to me, no contest', he wrote.

It was a lovely sentiment, and it was only three years ago that he was talking to Ellen DeGeneres about the idea of marriage and seeming a little sceptical about the whole idea. 'I mean, you get so used to your life as it is', he said at the time. We are thrilled he took the talk-show host's advice about getting wed in the end.

He is best known for portraying the socially awkward genius Sheldon Cooper on 'The Big Bang Theory', and it just so happens that his character made the massive stop in proposing to his onscreen girlfriend Amy Farrah Fowler (played by real life genius Mayim Bialik) in the final episode of season 10 last week. We are yet to find out what her answer is, however.

More: 'The Big Bang Theory' gets another two seasons

Needless to say, he's not much into girls in real life, having come out as gay in the public eye in 2012 to the delight of fans everywhere.