Big Bang's Jim Parsons Is Gay: But Was He Ever In The Closet? 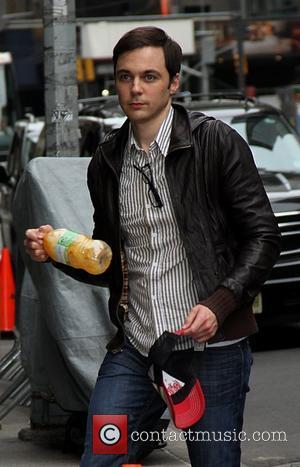 Was Jim Parsons ever really in the closet? The Hollywood Reporter seem to think so and have pounced on a brief sentence in a New York Times review to ensure that he leaves the closet, once and for all. Just in case he was ever in there. Which he might not have been, anyway. Parsons plays the undeniably camp role of Sheldon in Big Bang Theory, a hugely popular, geeky US comedy series and is now preparing to star in a stage version of 'Harvey.'
In the New York Times interview, buried on page three of the online article, appears the words "'The Normal Heart' resonated with him on a few levels: Mr. Parsons is gay and in a 10-year relationship," causing several online media outlets to begin discussing whether or not this constitutes 'news' or not. Parsons doesn't yet seem to have confirmed or denied whether or not he was in the closet, out of the closet, or perhaps in the closet, but with the door open, so that people could peer inside and ask him questions, should they so wish. And Hollywood Reporter aren't entirely convinced that this brief, 20 word sentence actually constitutes an 'outing' or not.
It would seem that Parsons has spoken openly about his sexuality in the past but this recent New York Times article has ruffled a few feathers, nonetheless. So there you have it: the guy that plays Sheldon? He's gay.