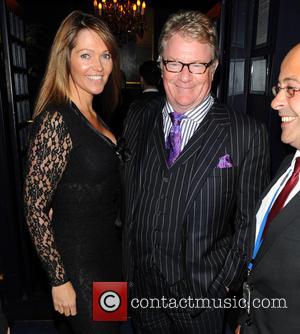 British funnyman Jim Davidson has spoken of his relief after police decided to drop an investigation into sex offence allegations.

The 60-year-old Tv veteran was arrested in March (13) after he was accused of assaulting a woman while entertaining British troops in the Falkland Islands in the 1980s.

Police told him on Monday (16Dec13) that he will not be prosecuted over the claim due to insufficient evidence.

Speaking on Davidson's behalf, his lawyer Henri Brandman says, "My client Jim Davidson is delighted to have received news that there will be no further action relating to an allegation of historic sexual nature in the Falkland Islands."

The star was first arrested on separate allegations in January (13) by detectives connected to the Operation Yewtree probe, which was set up after hundreds of abuse claims were made against late Bbc broadcaster Jimmy Savile.

Davidson was cleared of those allegations in August (13).