British Comedian Jim Davidson Has Confessed He Ferried Drugs To His Pals As A Teenager. 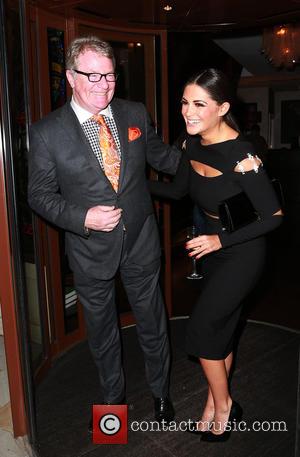 The funnyman revealed he would often visit a drug dealer near his home in south east London and collect "pills" which he would then distribute to his friends in local bars.

During an appearance on U.K. TV show O'Brien, Davidson said, "I used to take tons of drugs. My mates used to send me down to Erith to pick up all the pills and things and come back to Woolwich. I didn't go far, it's not like I went to Peru or somewhere, but I was the bloke from the pub that used to go and get them all...

"I took their money and went to buy it off a bloke... came back and gave it to my mates. The problem why I stopped was, all this talk about drugs is fine, until you get someone like me, that has no control."

Davidson also revealed how he was devastated by his arrest in 2013 over allegations he had sexually assaulted a woman while entertaining British troops in the Falkland Islands in the 1980s.

The case was later dropped due to lack of evidence, but Davison is adamant his reputation was damaged by the publicity surrounding his arrest.

He said, "The police were fine. It was just that those headlines were awful. That was the worst moment of my life when I picked up that paper, because it just wasn't true. They didn't even bring charges in the end... It wasn't very nice. It was horrible, absolutely rotten."