Jim Carrey's girlfriend found with pills 'prescribed to him'

Jim Carrey's ex-girlfriend Cathriona White allegedly had pills prescribed to an alias used by the actor at the site of her death. 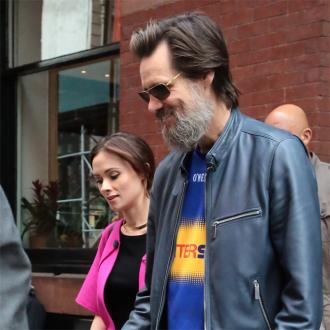 Jim Carrey's ex-girlfriend allegedly had pills prescribed to an alias used by the actor next to her body.

Cathriona White, who committed suicide at her home in Sherman Oaks, California, last month, was found with three bottles of prescription pills that investigators believe belonged to the Hollywood star,

TMZ reports the 30 year old Irish beautician was found with Ambien, Percocet and Propranolol next to her bedside when she overdosed. The pills were prescribed by the same doctor to a name police officers think was an alias used by Jim, 53, for privacy reasons.

A source tells the gossip website Cathriona may have taken the bottles of medication from the actor's home.

Cathriona's family have flown to California to take her body back to Ireland for burial, and the 'Dumb and Dumber To' actor has reportedly offered his full support to her sister Lisa, her mother and stepmother.

A source told PEOPLE.com: ''Jim is doing everything he can to help. He is devastated, but can't imagine how her family must feel.

''Jim arranged for his driver to pick up Cathriona's family from LAX. Her family has access to his car during this awful visit to L.A. [He's] helping out financially as well.''