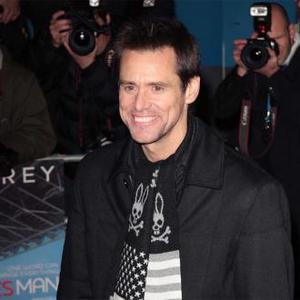 Jim Carrey has joined the cast of 'Kick-Ass 2: Balls To The Wall'.

Director Jeff Wadlow and creator Mark Millar have hinted that the 50-year-old funnyman has landed the coveted role of Colonel Stars in the sequel to 2010's wacky superhero comedy.

Jeff tweeted: ''6 days till we start shooting... and we officially have our Colonel. Alrighty f'n then! @ChloeGMoretz @MintzPlasse @donald_faison #kickass2. (sic)''

After Christopher Mintz-Plasse replied asking who his new co-star was going to be, the original comic book's author Mark replied: ''Clue - he lives with 200 raccoons and parrots, owns the mask of Loki and named by spielberg as a genius. (sic)''

During Jim's 1994 film 'Ace Ventura: Pet Detective', which sees him play the titular character, his alter-ego is a private investigator who specialises in the retrieval of captive animals.

'The Mask' star Jim is reportedly a big fan of the original 'Kick-Ass' film by Matthew Vaughn and was being courted to play the born again Christian superhero, who assembles a Motley Crew of superheroes to help fight evil.

The sequel will see several new additions to the cast, including 'SCRUBS' actor Donald Faison as Doctor Gravity and John Leguizamo as Red Mist's bodyguard, Javier.

The comedy will begin shooting this Friday (07.08.12) and sees Aaron Johnson returning as the lead Kick-Ass, while co-stars Christopher Mintz-Plasse, Chloe Moretz and Nicolas Cage are also reprising their roles from the first film.