Jim Carrey is back and he's been very busy.

We haven't seen a lot of Jim Carrey over the last couple of years, and indeed he has had a lot to deal with, but he opened up about what he's been up to in an interview on 'Jimmy Kimmel Live' this week and fans could not have been more excited to see him again. 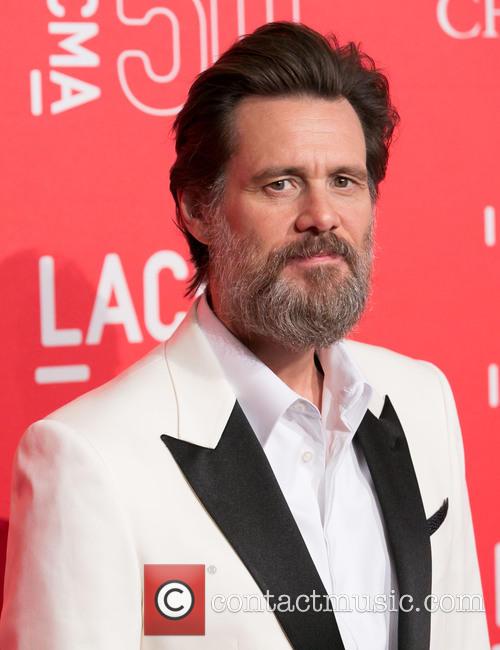 Jim Carrey at the LACMA 50th Anniversary gala in 2015

Since a few months after the release 'Dumb and Dumber To', Jim Carrey has been off the radar in the celebrity world. His personal life gripped the attention of the press in 2015 and 2016, but he held it together and now appears to be very much back in action.

When Jimmy asked Jim 'how's life?', he had the perfect response: 'It's so beautiful, it really is. Especially when I'm absent from it.'

It's clear from just looking at him that the comic star has changed, and indeed he admits that he's just not the person he used to be. 'Don't get me wrong, Jim Carrey is a great character and I was lucky to get the part', he quipped. 'But I don't think of that as me anymore.'

And as for the big, grey elephant in the room... 'Everywhere I go people talk about the beard', says Jim. 'It's like they can't really think about anything else. It's just not cohesive. There's something different about me and it's that damn beard and wherever I show up it becomes this story. It's a bigger star than me, at this point. It has it's own Twitter!'

So what's the reason for this dramatic change? It was only a year after the release of 'Dumb and Dumber To' that Jim was faced with a terrible tragedy. His former girlfriend Cathriona White died of an overdose in the latter half of 2015 and, to make matters worse, he became the subject of two wrongful death lawsuits by her husband at the time and her mother.

For somebody who has struggled with depression for a large part of his life, this has been an extremely delicate situation and one that is far from over yet. However, Jim has been finding peace within this trying time by connecting with nature. Jimmy Kimmel showed off a video from his Twitter of the comedian feeding a bird a cracker from his own mouth.

'I fancied myself a kind of Francis of Assisi type. I did 'Ace Ventura: Pet Detective' and ever since then I've had this connection to the animal world', Jim explained. 'It was a beautiful thing but then I started scratching a lot and I couldn't sleep at night, I was itching everywhere. I started doing some research and I realised birds are just infested with mites.'

Jim also spoke about the new show that he was creating called 'I'm Dying Up Here' which is based on the era of LA's Comedy Store in the 70s of which he was heavily involved. 'To me it's like the Big Bang of comedy. It followed Nixon and Watergate and the impeachment all that stuff that was happening back then', he explained. 'There was a need to tell the truth and cut through the baloney and so it created this phenomenon called the Comedy Clubs.'

What you might not know is that he has also appeared in two other films which are scheduled to be released in the USA later this year. 'True Crimes', based on a 2008 article by David Grann, and a dystopian romance called 'The Bad Batch' which also stars Keanu Reeves and Jason Momoa and is set for release in June.