Jim Carrey Makes A Spectacular Return In 'Dumb And Dumber To', But Who Really Is Dumber?

It's a question that no doubt every 'Dumb and Dumber' fan has considered at some point; one of them had got to be dumber than the other, right? But which one? Jim Carrey and his co-star Jeff Daniels pondered the question ahead of the 'Dumb And Dumber To' release.

Jim Carrey plays Lloyd Christmas in the comedy; a character who was left heartbroken in the 1994 original movie and has remained to this day in a caring facility in a 20-year prank on his friend Harry Dunne (Jeff Daniels), who himself has got his own problems this time round when he discovers he has a long lost daughter. Talking about whether or not the characters know that they're dumb, Carrey admits: 'I don't think they consider it for a second. There's no self-examination going on there at all. They're just selfish children. [Harry's] a little sweeter than my character, my character's really selfish.' And while co-director Peter Farrelly admits that they 'each think that the other one is dumb', the question is - who's the most intellectually challenged?

'I don't want to say, I don't want to hurt [Jeff's] feelings', Carrey jokes, while Daniels' admits that it's a really difficult call. 'Just when you think you're the smart one, you turn the page and you realise you're not', he explains. Director Bobby Farrelly's theory makes the most sense when he suggests that 'whichever one spoke last is dumber', but when the end scene of 'Dumb and Dumber' features Harry and Lloyd arguing as they set off down the highway, that idea can't really be solved.

Perhaps 'Dumb and Dumber To' will shed light on who really is the dumbest, though we're betting we'll be left without a justifiable answer once again judging by some of the antics we're in for. Though maybe Harry has had chance to wise up while Lloyd has been pulling his longest ever prank. 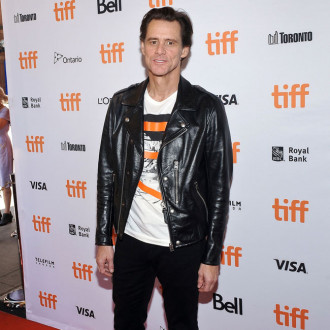