Jim Carrey Breaks Down At Ex-girlfriend Funeral In Ireland

Jim Carrey Fought Back Tears On Saturday (10oct15) As He Served As A Pallbearer At The Funeral Of His Ex-girlfriend Cathriona White. 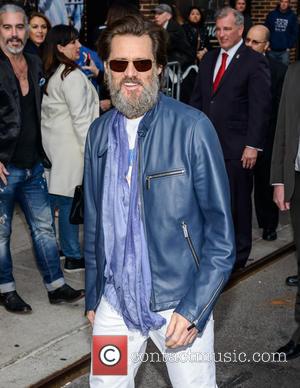 Picture: Jim Carrey - A host of stars were snapped outside the Ed Sullivan Theater ahead of the last 'Late Show with David Letterman' in New...

The Mask actor was visibly grief-stricken as he joined around 300 mourners to bid a final farewell to the tragic make-up artist during Mass at Our Lady of Fatima Church in her native Tipperary, Ireland.

He was one of six male friends and relatives who helped to carry the 30 year old's casket out of the church for burial as she was laid to rest beside her late father, Pat. Carrey was photographed embracing White's family members as the coffin was lowered into the ground.

Her body was discovered by friends visiting her rented Sherman Oaks, California home on 28 September (15), two days after the third anniversary of her father's death. Officials who arrived at the scene found four different kinds of powerful medication and suicide notes that mentioned her famous ex, who she had reportedly split from days earlier.

A low key memorial service had also taken place earlier this week (begs05Oct15) at the Zorthian Ranch in Altadena, California, where her U.S.-based friends and loved ones paid their final respects, reports Mirror.co.uk.

She and Carrey had been dating on and off since 2012. In a statement released shortly after her death, Carrey wrote, "I am deeply saddened by the passing of my sweet Cathriona... She was a truly kind and delicate Irish flower, too sensitive for this soil, to whom loving and being loved was all that sparkled. My heart goes out to her family and friends and to everyone who loved and cared about her."