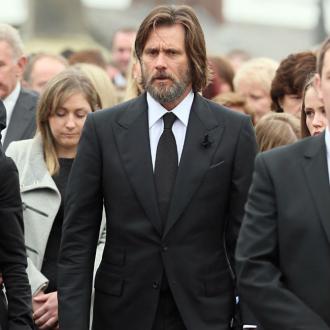 Jim Carrey helped carry the casket of his ex-girlfriend Cathriona White at her funeral service in Cappawhite, Ireland on Saturday (10.10.15).

The 53-year-old star joined the family and friends of the 30-year-old make-up artist at the service, during which she was laid to rest beside her father Pat.

Cathriona was found dead in a house in Sherman Oaks, California, on September 28, with her death being treated as suicide.

Parish Priest Tadhg Furlong said: ''Cathriona's approach to life was to take on, to challenge the county, the country, the world.

''You remember the outgoing personality - the strong-willed, determined character.''

Carrey - who arrived a few minutes before the start of the service - dated Cathriona in 2012 and they were also pictured together in New York earlier this year.

Speaking during the funeral at Our Lady of Fatima Church in Cathriona's home village, Father Furlong added: ''Cathriona was a light to so many. Something of the light has gone out. Yet much remains.

''The light continues to shine. The light of love lives on; the love you had for Cathriona; the love she had for you.''