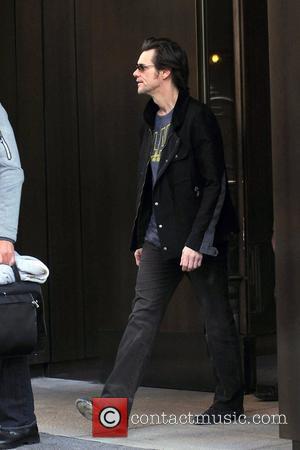 Following yesterday's news (June 20, 2012) that Jim Carrey had abandoned the new Dumb and Dumber sequel, Carrey's co-star in the original movie, Jeff Daniels, has confirmed that the new movie is no more. Tmz caught up with the 57 year old actor, who didn't seem to take too kindly to the website's questions about the future of the anticipated sequel.
"Are we ever gonna get another Dumb and Dumber?" the reporter asks Daniel, in a video posted on the Tmz site. Daniels' response was to say "It's on the internet, we're not doing it. Didn't you see that? It's all over the internet. It's not happening." Daniels then walks away with his back to the camera and his hands in his pockets. It wasn't clear whether or not he would remain attached to the project, now that Carrey has jumped ship but this clip seems to have spelled out the end of the movie, for certain. Any attempts to make the movie without either of its original co-stars will undoubtedly result in it falling flat with the public.
Carrey reportedly turned his back on the project after becoming increasingly frustrated with the lack of enthusiasm being shown by New Line and Warner Brothers. In a message obtained by ET Online, Carrey demonstrated his frustration by saying "I would have thought Dumb and Dumber 2 was a no-brainer, after all it's implied in the title."