Dumb and Dumber To for November 2014 release

'Dumb and Dumber To' has been set for a November 2014 release date. The film, which stars Jim Carrey and Jeff Daniels, will feature a cameo from Jennifer Lawrence. 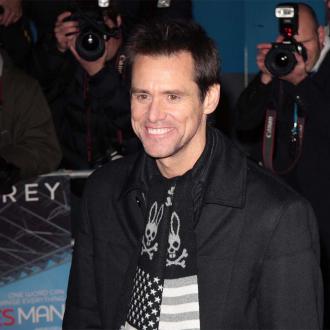 'Dumb and Dumber To' will be released in November 2014.

The film - directed and written by 'Dumb and Dumber' helmers Bobby and Peter Farrelly - will follow Lloyd Christmas (Carrey) and Harry Dunne (Daniels) on a road trip to find the child Harry never knew he had.

The slapstick comedy will also feature Kathleen Turner, reprising her role as Fraida Fletcher from the first film, Laurie Holden and Rob Riggle.

'The Hunger Games' star Jennifer Lawrence has filmed a cameo for the movie, playing a younger version of Turner's character.

The Oscar-winning actress - who previously confessed to being a huge fan of the original - filmed her short scene while on location for the final two 'Hunger Games' movies. The production's set was located close to the set of 'Dumb and Dumber To'.