Dumb and Dumber 2 Back On Track At Universal

'Dumb and Dumber To' is set to be filmed this summer after being taken on by Universal Studios last week. 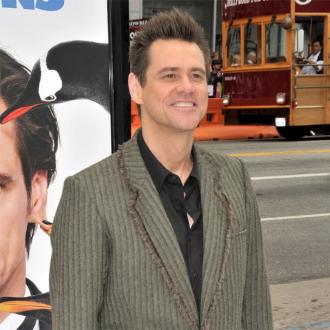 'Dumb and Dumber To' is set to be filmed this summer.

Jim Carrey and Jeff Daniels will officially reprise their roles as hapless heroes Lloyd Christmas and Harry Dunne in a sequel to their 1994 buddy comedy after the project was passed on to Universal Studios last week, according to Deadline.

'Dumb and Dumber' directors Peter and Bobby Farrelly have also been confirmed to direct the follow-up, which was dropped by Warner Bros. - who produced the original film - after deciding not to go on with the follow-up flick.

The duo shared the news on Twitter, writing: ''It's official: Dumber and Dumber To is going to production with @RedGranitePics and @UniversalPics!!! (sic)''

The sequel is expected to centre on a road trip, much like the original - which was a huge hit with audiences worldwide - and is set to be released next year to mark the 20th anniversary of the first film.

Jim Carrey Breaks Down At Ex-girlfriend's Funeral In Ireland