R&b Star Jill Scott Has Scored Her Second Number One On The U.s. Album Chart. 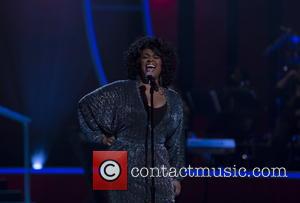 Woman has debuted atop the Billboard 200 with 62,000 sales, according to Nielsen Music.

Taylor Swift's 1989 spends a 40th straight week in the top 10 as it falls two spots to four, and the soundtrack to boxing drama Southpaw weighs in at five.

Meanwhile, OMI has landed a fourth week at the top of the Billboard Hot 100 singles chart with Cheerleader.

The reggae star's summer hit holds off The Weeknd's Can't Feel My Face for another week, while Silento's Watch Me also stays put at three.