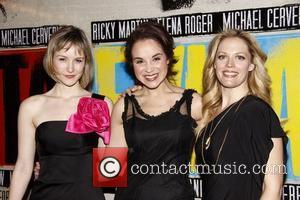 The story surrounding the beleaguered Broadway musical Rebecca, starring Jill Paice, is almost as dramatic as the stage play itself. New York Post have reported that the musical’s producers have ben forced to postpone the opening night of the musical, which was expected to begin next month. The play is based on Daphne DuMaurier’s novel of the same name and has been in pre-production for over a year. The show’s producer Ben Sprecher has claimed that the $12 million production has been derailed, following the death of a potential investor.

The plot thickens, however, as the Post report that the apparent death of Paul Abrams – the potential investor – has not been confirmed. In a statement, the show’s producers claim that they were “left with no option” but to postpone the opening of the show, following Abram’s death; they have claimed that he died of malaria, following a trip to Africa. Neither his existence, nor his death seem to have been verified. What’s worse, Sprecher claims that another potential investor, who could have saved the production was scared away by a ‘poison pen’ email “filled with lies and innuendo.” The statement claimed that the email was designed to scare away the investor and it worked.

“Why anyone would be so hateful and cruel and would go to such a huge amount of effort to uncover confidential information… is something I am having a terrible time grasping” said the statement. “We will not stop our efforts to mount this show and alternatives are already unfolding. We will continue doing everything we can to protect this asset and our investors. We have provided a copy of this e-mail to the proper authorities and a criminal investigation is already under way.” Until then, the lives of Rebecca’s cast and crew (including director Michael Blakemore) have been thrown into limbo.