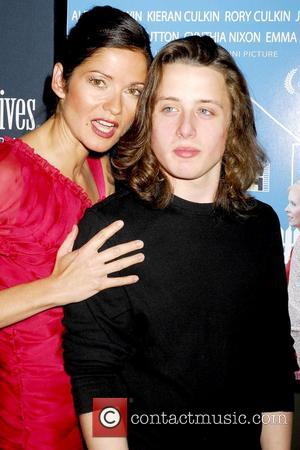 Singer/actress Jill Hennessy has penned a new song about a real-life girl who was killed by her stepfather.
The former Law & Order star wrote Slow Down after hearing the tragic story about the unnamed murder victim - and then realised she had a link to the case.
Hennessy tells WENN, "I wrote about this young girl who was killed by her stepfather and it was all over the news and it really disturbed me. I found out this woman that I knew was actually the judge on the case. It became this bizarre kind of prayer."
Her new album, Ghost In My Head, also features a tribute to a brave physically handicapped girl she knows: "I wrote this song 10,000 Miles while I was on the set of (movie) Wild Hogs in Santa Fe about this young seven year old girl I know who is physically challenged, but she wants to be a ballerina.
"She uses a physical therapy (ballet) bar so she could practice. I was just thinking how sad it is there are no ballet classes for little girls like this."
Hennessy admits she always used to struggle performing her own lyrics and music - until she became a mum and realised she had a lot of family stories to share with fans.
She explains, "The whole album is about my family and people whove affected me... My life became very intense in a good way after giving birth and my marriage; I really felt motivated to write and it started flowing out."