The video for Compasses and Maps was directed by Jessica Eisenberg - aka Jezzy and The Belles. It sees a girl in a white dress, where she sees an elderly couple, who apparently cannot see her. The couple are surrounded by items from their life, looking disappointed.

Jezzy is based in Brooklyn and grew up surrounded by classical and Latin music. She started out as a classical violinist, before playing the instrument in bands such as Soft, The Wifebeaters, and Panadar. After the disbandment of her last band, Jezzy decided to focus on releasing her own material.

Jezzy worked on upcoming album Compasses and Maps with producer Ilia Bis. She will embark on a national tour in the summer. 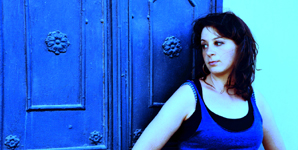