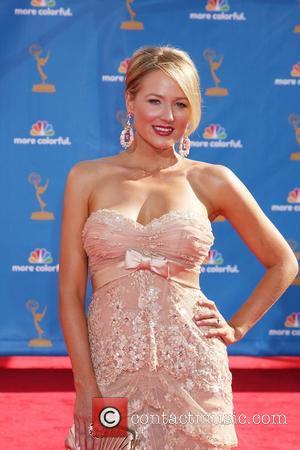 Jewel KILCHER, perhaps better known as JEWEL, gave an emotional live performance at the Emmy Awards on Sunday 29th August 2010. The singer-songwriter, who has three GRAMMY AWARD nominations and has sold over 27 million albums worldwide, performed a touching tribute to a close friend who has recently died of cancer. After taking to the stage with just an acoustic guitar, Kilcher played the previously unheard track 'The Shape of You'. A montage of film-stars who have recently passed away also played in the background, with the likes of Gary Coleman, Lynn Redgrave, and Dennis Hopper, all being included in the memoriam.
Kilcher released her debut album - 'Pieces of You' - in 1995, which immediately became one of the best-selling debut records in music history, going 12 times platinum. Further success came in 2008, when her country album, 'Perfectly Clear' went in at number-one on the U.S. Billboard Top Country Albums chart.
It was a good night for Jim Parsons who picked up the EMMY AWARD for 'Best Actor in a Comedy Series' for his role in 'The Big Bang Theory', and 'Mad Men' beat off stiff competition from 'Breaking Bad', and 'Dexter', to win the award for 'Best Drama'.