Little Mix Star Jesy Nelson Has Been Given Another Reason To Celebrate After The Girl Group Picked Up Its Third U.k. Number One Single On Friday (17jul15) - She's Getting Married. 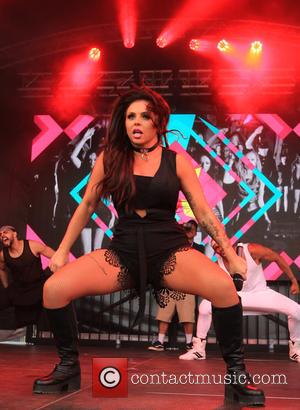 Rixton star Jake Roche popped the question onstage at a Manchester Arena show in England on Sunday (19Jul15), a year after meeting his future wife at the venue.

The romantic pop star asked pal Ed Sheeran to serenade the couple onstage as he got down on bended knee and asked Nelson to be his bride.

Posting a photo of the magical moment on Instagram, he wrote: "A year ago today I met her at Manchester arena, so it was only right, with a little help from my friend, that this happened. Best day of my life."

Nelson shared the same proposal snap on Instagram and wrote, "I cannot believe what has just happened! The most surreal moment of my life and everyone that I love most was there to share it with us! I feel like the luckiest girl in the world rite (sic) now literally cannot stop crying! Future Mrs Roche."

Her new fiance also added on Twitter, "Travelled 5 hours to sing our favourite song on his day off. I will never ever be able to repay you. Love you pal. @edsheeran."

Roche and his bandmates befriended Sheeran after he asked them to support him on his most recent U.S. tour.