Little Mix have been heavily inspired by the 1980s with their new music and are hoping their third album will reflect their influences of Cyndi Lauper and Prince. 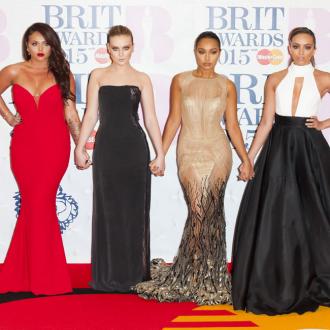 Little Mix's new music is inspired by the 1980s.

The four-piece girl band - featuring Jesy Nelson, Perrie Edwards, Leigh-Anne Pinnock and Jade Thirlwall - revealed their new music will be a throwback to the decade, counting 'Girls Just Want to Have Fun' hitmaker Cyndi Lauper as their biggest influence on their third studio album.

Speaking to The Sun newspaper at their exclusive Bizarre Annual party in association with Ciroc and Bootea at Steam & Rye bar in London on Monday (02.03.15), Jesy said: ''Our biggest inspiration is Cyndi Lauper. We want it to be music for everyone - but especially for girls.''

However, the 61-year-old star isn't the only musician to have had an impact on their forthcoming release, as the 'Move' hitmakers are also huge fans of Prince.

Jesy added: ''We love Prince too, he's an icon and definitely inspired the sound.''

And while the group have never come into contact with the 'Little Red Corvette' singer, they are hoping to meet him through a beautician who works on his eyebrows.

Leigh-Anne explained: ''He's just so cool. How can we meet him?

''The closest we've got is our eyebrow lady does Prince too. She was like, 'Right, I'm done with you, I'm off to Prince now.'''