Jessie Ware likes to hide behind ''fantasy'' and ''metaphor'' in her songwriting as well as pour her heart out into her lyrics. 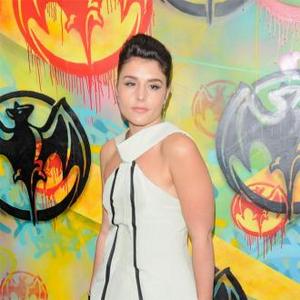 Jessie Ware likes to hide behind ''fantasy'' in her songwriting.

The 26-year-old singer/songwriter has poured her heart out into her lyrics for debut studio album 'Devotion', but she also enjoys writing songs about more make believe situations because she also enjoys taking a break from emotive tracks.

She said: ''I'm everywhere, but I do sometimes hide behind metaphor and fantasy. A little bit of distance is good.

'''Wildest Moment' is about my best friend - her wildest moment was throwing a mud pie in my face - while 'Taking Water' is about my Little Brother. To be honest, that one can make me cry before I'd even started it. I'm getting used to that level of emotion. You can tap into The Emotions straight away.''

Jessie admits Maria McKee's 1990 hit 'Show Me Heaven' first inspired her to become a singer, and she now plans to cover the tune during her live performances as a tribute to the 48-year-old singer's work.

When asked if a particular song made her want to become a singer, she added: ''Yes - it was Maria McKee's, 'Show Me Heaven'. I wanted to do it on 'Stars In Their Eyes'! It's so uncool, but that was the one for me. Maybe I'll do a cover of it - it could become a live favourite.''

To read the full interview and listen to Jessies latest album for free, go to spotify.com/blog