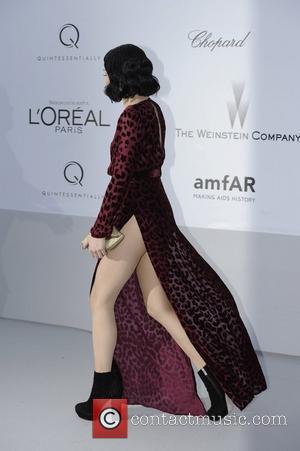 Pop stars Jessie J, Kylie Minogue and Kelly Rowland, and actresses Viola Davis, Eva Longoria and Jessica Alba were celebrating on Tuesday night (29May12) after winning honours at the annual Glamour Women of the Year awards in the U.K.
The Price Tag hitmaker was honoured with the Solo Artist Of The Year trophy, Rowland was named TV Personality Of The Year for her star turn as a judge/mentor on Britain's The X Factor, and Alba collected the accolade for Entrepreneur of the Year at London's Berkeley Square Gardens gala.
Cuba Gooding Jr. handed Viola Davis the Film Actress Of The Year prize, and she told the audience, "People always say that women can't make films that make money and The Help came out the same year as Bridesmaids... And now it's like, girl power!"
Glee star Lea Michele was named Favourite U.S. TV Actress, and Jessica Brown Findlay picked up the U.K. equivalent for her role as Lady Sybil in Downton Abbey. Modern Family beauty Sofia Vergara stepped onstage to accept the Comedy Actress Of The Year trophy and Amanda Holden was another winner, landing the Theatre Actress Of The Year prize for her role in Shrek The Musical.
Meanwhile, Florence + the MAChine were named Band Of The Year, Donatella Versace was honoured as Fashion Designer of the Year and Mirror Mirror star Lily Collins was hailed as the Breakthrough of the Year. The Man of the Year honour went to Tom Hiddleston.
Special honours went to Eva Longoria (Inspiration Of The Year), Kylie Minogue (Outstanding Contribution) and Dionne Warwick (Icon Award).
Stars including Naomi Watts, Lily Allen, Rod Stewart and singer Alexandra Burke were also in attendance at the bash.