Jessie J is set to headline UK Live festival in June 2014. The 'Thunder' star will be joined by Jason Derulo, Rizzle Kicks, The Saturdays, Union J and The Vamps. 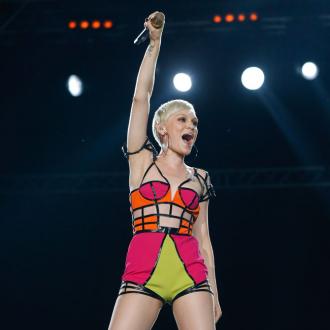 The 'Thunder' singer will lead the annual pop festival, which will take place over three dates in English cities including Sunderland, Ipswich and Weston-super-Mare in June 2014.

Other stars who will be joining the 25-year-old songstress include 'What About Us' hitmakers The Saturdays, US singer Jason Derulo - who will be playing his only UK outdoor dates in 2014 - 'Lost Generation' stars Rizzle Kicks, former 'X Factor' group Union J and new pop heartthrobs, The Vamps.

More acts are to be announced for the line-up next year.

This past summer, fans sold out the Sunderland Stadium of Light for UK Live's North East Live festival and due to the huge success of the one-day concert, event organisers have added two more dates for 2014.

UK Live will kick off with North East Live at the Sunderland Stadium of Light on June 22. The pop fun then moves to Ipswich Chantry Park on June 28 for East Coast Live, and then to Weston-super-Mare Beach on June 29 for South West Live.

UK Live tickets go on sale on Saturday, December 14 at 10am. Visit www.uklive.co.uk for more information.