Jessie J Slams The Voice: It Was Lame To Keep Me In Same Outfit 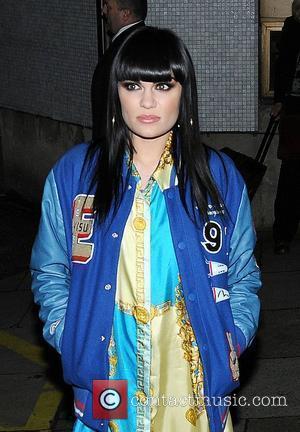 Jessie J has taken a break from her busy schedule to appear on the Graham Norton show and then go bowling with her friends. Jessie was wearing one of her usual striking outfits, consisting of a blue Evisu baseball jacket over an over-sized paisley silk shirt and her new favourite piece of clothing: her gold leggings. She performed her song 'Laserlight ' before chatting to Graham about her fashion sense, her music and life as a judge on The Voice.
The show is due to air tonight (May 4, 2012) and Graham was also joined by Julie Walters, Didier Drogba and Simon Amstell as guests. Jessie told him that she finds it strange when her fans send her photos of herself and try to discuss what she's wearing "like it wasn't me (in the photo)." Jessie also expressed her disappointment that the producers of The Voice had made her wear the same outfit throughout all of the auditions, for continuity, saying that it was "lame and not thought through." Her criticisms won't go down well with the show's producers who have already been defending themselves from criticism from viewers who were disappointed to discover that the first of the results shows, aired last week, was not shown live.
The show also came under fire from the bosses over at Itv who accused the Bbc of 'dirty tactics' when The Voice over-ran by three minutes, clashing briefly with Britain's Got Talent, which had been shifted to a later time slot, specifically to avoid a clash.