The 'Who's Laughing Now' singer underwent surgery earlier this week, the nature of which has not been divulged, and posted a bedside recovery photo on social media.

British pop star Jessie J is taking some off to recuperate after having surgery for an undisclosed illness, after sharing a video of herself on social media lying in bed in hospital afterwards.

The 27 year old singer posted a short video on Instagram on Tuesday (June 23rd), a before and after shot of the operation. “I don't often share personal stuff (especially about my health) any more, I just get on with it,” she wrote. “But I wanted to share with you before someone else might and it gets twisted and exaggerated into something different or worse.” 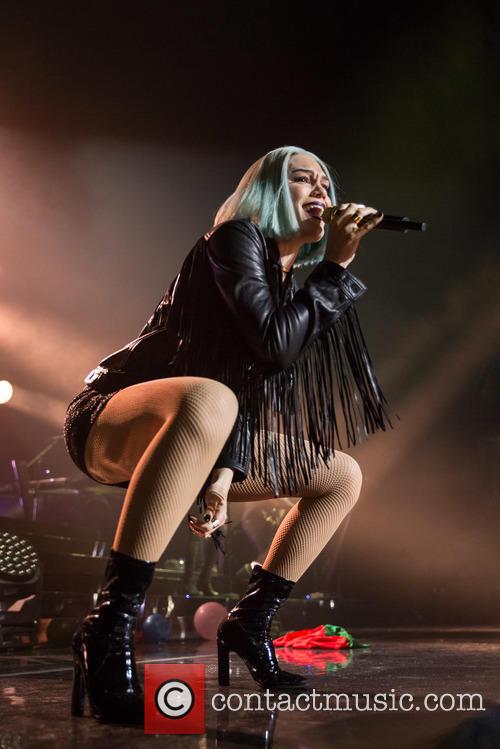 The former ‘Voice’ judge has previously revealed that she was diagnosed with Wolff-Parkinson-White syndrome as a child, a heart condition that causes an irregular heartbeat and can leave sufferers feeling short of breath and experiencing dizzy spells.

She told BBC Radio 1 earlier this year that she experienced bullying at school when medication designed to alleviate this syndrome turned her skin green. Her hit single ‘Who’s Laughing Now’ was inspired by memories of this experience, she said.

“Just know I am OK,” she continued in her post. “I had an operation yesterday so need to rest. I won't be saying what for. It's personal. I just wanted to explain to my fans why I may go awol [sic] for a minute.”

However, ITV News confirmed on Tuesday that she would still be performing at a festival at Bristol harbourside this weekend.

The same condition caused Jessie to cancel a scheduled Australian tour earlier in 2015, after doctors expressed concern that her voice hitting the high notes in her performances was putting excessive strain on her heart.