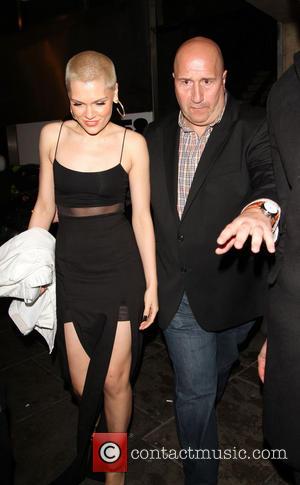 Singer Jessie J paid a visit to her doctor on Friday (19Apr13) after suffering pain in her ankle.

The Price Tag hitmaker broke a bone in her left foot during tour rehearsals in June, 2011 and she spent months wearing a surgical boot and hobbling around on crutches.

After her cast was removed, the 25 year old defied doctors orders and began wearing high heels again, even as she continued to recover, and now the star appears to be struggling with the repercussions.

On Friday, Jessie J posted a photo on Twitter.com of her visiting a physical therapist's office, where she is featured lying down on a treatment table, alongside a caption which reads, "Come on foot. I believe in you. Pop back in and behave! Ouch!"

The singer's comments prompted worried fans to reach out to Jessie J over fears she had sustained a new injury, but she later clarified her earlier post, tweeting, "Just to explain... I broke my foot 2 years ago in June. I had reconstructive ankle surgery. I had a bone transplant, a fusion and a metal plate and 4 bolts. So sometimes the bone slips and it needs popping back in. It's painful but it's fine. I am still having physio but i haven't broken it again."