Jessie J wrote her debut single 'Do It Like A Dude' as ''a joke song'' in reaction to the bling heavy videos she was seeing on TV at the time. 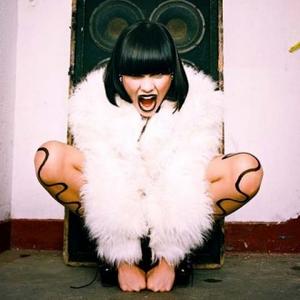 Jessie J wrote her debut single 'Do It Like A Dude' as "a joke song".

The fast rising pop singer - who has previously penned hits for Miley Cyrus, Alicia Keyes, and Chris Borwn - said she wrote her first release in 15 minutes as a reaction to the songs she kept hearing on the TV at the time.

She said: "At the time I felt that the chart was very auto-tune heavy. There was a lot of guys with their trousers down by their knees and their neck chains so heavy they couldn't hold their head up.

"And I just went into the studio and they played a beat and I just started singing, 'Do it like a brother, do it like a dude'.

Jessie, 22, also said she kept Rihanna in mind when she wrote the track, and feels that it has "her swag".

She added: "Rihanna's 'Rude Boy' was out and I thought, 'It just has her swag all over it, let's write for her.' It was one of those songs that was supposed to be fun. I don't take myself seriously at all."