Singer Jessie J Has Reportedly Split From Boyfriend Luke James Amid Fears He Wasn't Truly In Love With Her. 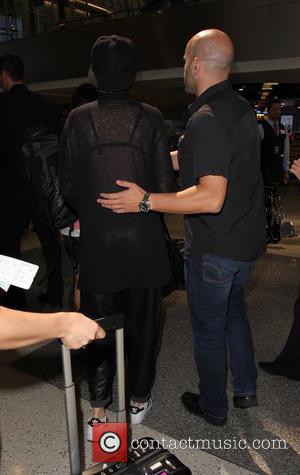 The Price Tag star began dating the musician more than a year ago, but according to a new report their romance is over, as Jessie is said to have grown concerned about his commitment to the relationship.

"Jessie fell hard for Luke, but over the summer she started having doubts," a source tells U.K. newspaper The Sun.

Jessie has yet to comment on the report but she posted a series of messages on Twitter.com following its publication on Thursday (15Oct15), advising fans not to make cruel comments when someone is having a hard time.

However, she later denied the messages were a reference to her own situation and vowed to take a long break from the social networking website.

She wrote, "Why are people tweeting me saying 'hang in there' 'hope you are ok' lol (laugh out loud) Smh (shaking my head). Read what my tweets actually say. Not what you want them to... I'm on a 'feed my soul mission' in my life right now... I think it's safe to say Twitter doesn't do that. Time to sign off for a long while then I guess... (And I'm OK)."

The Do It Like a Dude star has previously spoken about why she chose to go public about her relationship with Luke last year (14), but she seemed to contradict herself on the subject in different interviews.

"I think all of us women can agree, you go through so many different types of love growing up," Jessie said in an episode of show The Real. "I feel like at this time in my life, I'm nearly 27, I'm a grown woman and I'm famous. I have to deal with that. So I felt like going public, it was like, I love him so why hide it or try and make it a secret."

It seemed as if she had changed her mind while speaking to Britain's Glamour magazine for their January 2015 issue. At that point it was clear Jessie was still attempting to determine her true feelings for Luke.