Jessie J Feels Like A 'Cow' Since Breaking Foot

Singer Jessie J feels like a ''cow'' since she broke her foot in June because she can now predict the weather like the nervous bovinae. 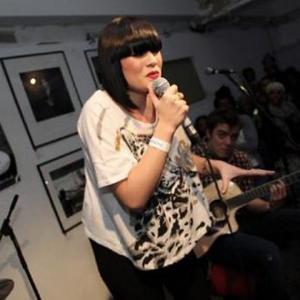 Jessie J can predict the weather through her broken foot - like a nervous "cow".

The 'Price Tag' hitmaker injured her foot earlier this year and says the injury has given her some special powers such as being able to know when it's going to rain.

When asked how her injured limb was during an interview on UK station BBC Radio 2, she said: "It's alright, it's a bit a achy. I feel like one of those people that can sense The Rain, now I've got that ankle, I can sense rain, I'm like a cow when they sit down when a storm is coming. It's literally, I'll phone my grandma and I'll be like, 'a storm's coming', because I can feel it in my ankle."

The 23-year-old suffered the break in June after jumping off stage during a concert rehearsal and she recently revealed the break was so bad she had to have major reconstructive surgery.

She said: "I don't know when it's going to be fully healed, or if I will ever be able to wear heels again. I'll have to get an endorsement deal with a trainer company.

"I have days where I sit and cry. It's the hardest thing I've been through. I should have really spent the last three months at home but I couldn't turn down the VMAs (MTV Video Music Awards) and Glastonbury. The doctor keeps telling me to rest."