'Bang Bang' hitmaker Jessie J took to the streets of Camden to perform some of her biggest tunes. 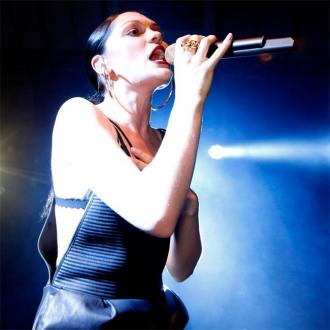 The 'Bang Bang' singer performed at the Market on Chalk Farm Road after telling her fans earlier in the day, via Twitter, that she planned to perform a live show in the city.

The 26-year-old wrote: ''London - I have a surprise for you! Stay tuned to my Twitter to find out what and where to find me!''

Later, she added: ''Nearly there Heartbeats! If you haven't figured it out yet I'll be busking at The Camden Stables market in 30 mins! Come down!!''

A healthy crowd turned out to watch the star in action, as she belted out some of her most popular tunes.

The stunt came shortly before the eagerly-awaited release of her new album, 'Sweet Talker', which features her latest single 'Masterpiece'.

Jessie claimed recently that she has embraced her ''big'' voice on her new album.

She told BANG Showbiz: ''People have to fall in love with you for you. I'm not a soft singer, I've tried; it doesn't work for me.

''There are not many big singers in the UK anymore, but the singers I've always looked up to - people like Whitney Houston, Mariah Carey, Lauryn Hill - are big singers. I feel now is the time for me to really own what I do and be a big singer.''