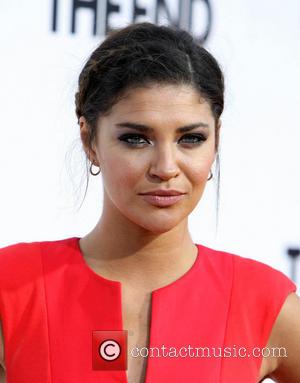 Actress Jessica Szohr has a newfound respect for strippers after enrolling in a pole-dancing class to whip her into shape for new movie The Internship.

The Gossip Girl beauty knew she would have to strip off to play adult dancer Marielena in the Vince Vaughn and Owen Wilson comedy, so she decided to join a class specialising in the seductive act.

And the 28 year old had no idea it would be so intense.

She says, "During my first scene, I was walking around in my bra and underwear in front of hundreds of people. I had to bring my A-game. So, two weeks beforehand, I took a pole-dancing lesson. It's an insane work-out! I give strippers a whole lot of credit."

Jessica Szohr, Vanessa Bayer And Melissa McCarthy Pose For Papz As They Are Spotted In Soho