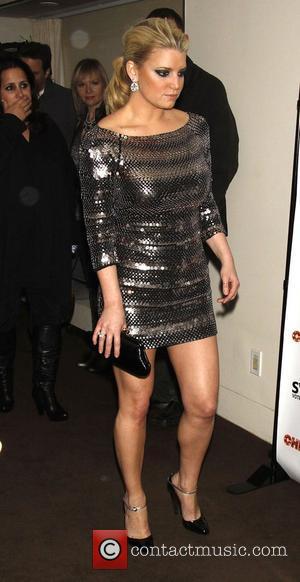 Jessica Simpson is bursting with pride after watching her sister Ashlee Simpson-WENTZ make her Broadway debut in Chicago.
The singer-turned-actress bounced back after she was axed from U.S. TV show Melrose Place earlier this year (09), by landing a role on the New York stage as Roxie Hart, the part she played in London's West End in 2006.
And Simpson was in the audience to see her sister's first performance on Monday (30Nov09).
Taking to her Twitter.com blog, Simpson writes, "Roxie was all Heart! Watching her up on that grandiose stage made me the proudest sister in the world. I love ya honey, I love ya!"