No more kids for Jessica Simpson

After having two children in quick succession, Jessica Simpson has insisted her family is complete 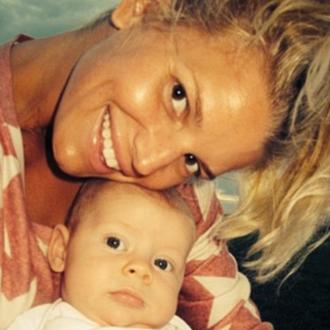 Even though she loves her children and is smitten with her pal's baby son, Jessica is not planning to expand her clan.

Posting a cute picture of herself with a friend's baby on Instagram, Jessica wrote: ''I love you Jack, but I do not want another!!''

The sweet snap shows the make-up free newlywed tenderly cradling her pal's baby as she smiles for the camera.

Jessica married Eric earlier this month after having two children in quick succession forced them to put their wedding plans on hold.

The 'Dukes of Hazzard' star tied the knot with the former NFL player at California's San Ysidro Ranch on July 5 in front of family and close friends.

They had originally planned to marry in Italy but moved proceedings to Montecito to make sure their loved ones could make it.

The former 'Scrubs' star, who is married to Jessica's best friend CaCee Cobb, said: ''Any time you get to witness somebody's love being celebrated, it's great. We had a wonderful time. We danced the night away!''