Jessica Simpson appeared on the HSN on Thursday (17th September) and viewers speculated about her sobriety.

Jessica Simpson’s appearance on the Home Shopping Network on Thursday (17th September) caused something of a stir on social media. Some Twitter users suggested Simpson may have been drunk as, according to some viewers, she appeared to be slurring her words and giggling a lot. Her two-hour appearance on the network was much talked about and #JessicaonHSN began trending on Twitter. 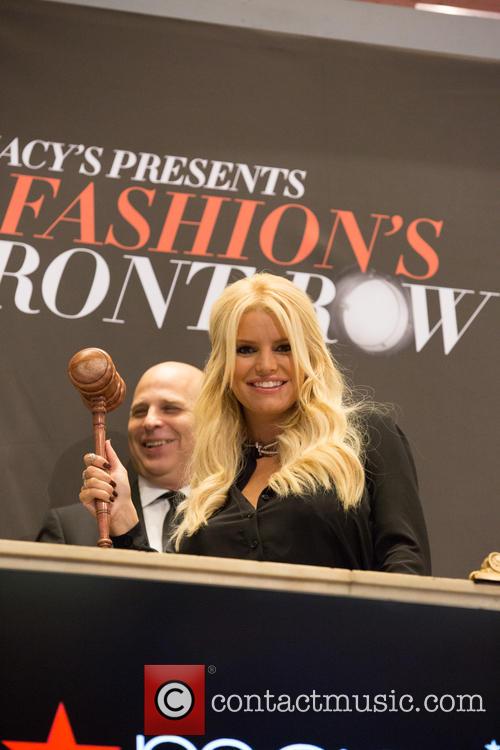 Jessica Simpson ringing the opening bell at the NYSE in September 2015.

‘Jessica is high or drunk! What is up with her stumbling and mumbling?! Embarrassing!’ One Twitter user wrote, as E! reports.

Simpson was on the network in the evening, selling her new line of jeans. Whether or not she was inebriated, Simpson’s appearance on the network was successful and she sold her entire stock.

Simpson has yet to respond to the speculation.

Sources, speaking to TMZ, responded to speculation and refuted claims Simpson was drunk whilst appearing on the show. The sources claim her giggling is just a part of Simpson’s personality which is occasionally shown. A different HSN source also confirmed Simpson was sober during her appearance.

35-year-old Simpson owns a billion dollar fashion line. She certainly has put her past as a reality star behind her but, despite her financial success, she’s still willing to discuss her past mistakes. Appearing on The Closing Bell last week, Simpson claimed her biggest financial mistake had been her first marriage to Nick Lachey.