Jessica Simpson admits, "I couldn't even believe what I weighed," while promoting her new Weight Watchers ad which shows off the 33 year-old's much slimmer figure. 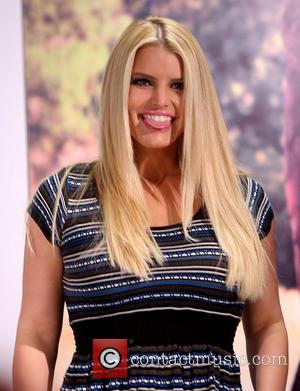 Jessica Simpson is someone all body conscience individuals can take inspiration from.

The 33 year-old flaunts her much slimmer figure in an ad for Weight Watchers which was posted on the diet company's YouTube channel on Tuesday (Feb 18th).

The new and improved Simpson has come a long way since gaining weight throughout her two pregnancies.

"This body made two amazing little human beings," she says in the ad, referring to daughter Maxwell (1), and son Ace (7 months).

"I love this body and what it's capable of, no matter what size," she continues. "But this version feels really good. My body, like my life, is a work in progress, but I'm getting there, with Weight Watchers."

Simpson recently spoke about her weight-loss issues in an interview with Good Morning America, which was also broadcast On Tuesday.

"I was so insecure, I couldn't even believe what I weighed," the singer admitted, referring to the amount of weight she had gained after giving birth to daughter Maxwell in 2012.

She added, "I don't think that I ever expected myself to see the numbers that I have seen on the scale."

Although, Simpson did state that no women should feel embarrassed about gaining weight during pregnancy.

The fashion mogul is definitely working hard as of late, on top of looking after two young children, she also has to plan a wedding with fiancé Eric Johnson. But after all this, Jessica still wants to return to her roots and sing again.

"I want to sing again," she said. "I want my daughter to see me on stage. My fiancé has never even watched me perform. Which is crazy. And - but that is my passion, that is my love, like, that is everything that I am."