Jessica Simpson has revealed she is the new spokesperson for slimming firm Weight Watchers. 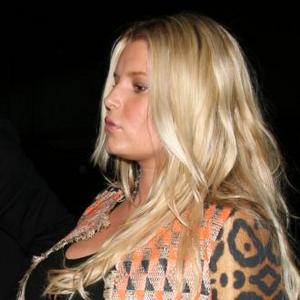 Jessica Simpson is the new spokesperson for Weight Watchers.

The singer-and-actress - who gave birth to daughter Maxwell Drew, her first child with fiance Eric Johnson, on May 1 - is ''excited'' to have signed up with the diet firm to help her shed the pounds she gained during her pregnancy.

She tweeted: ''So excited to be a part of the @WeightWatchers family!''

The company are equally pleased to have Jessica, 31, on board to help inspire other slimmers.

They said in a statement: ''We're thrilled that Jessica Simpson has chosen to join Weight Watchers to adopt a healthier lifestyle and inspire others to do the same.''

According to gossip website TMZ, The Deal is worth around $4 million.

Last November, it was revealed Jessica planned to agree a deal to lose her baby weight through Weight Watchers having been close to an agreement to represent the company before she got pregnant.

A source said at the time: ''She had been set to sign with them, but then she got pregnant. So this was the perfect compromise.''