The 33 year-old singer "proudly" shared two photographs of her new slim figure in a revealing bathing suit to show off her huge weight loss. 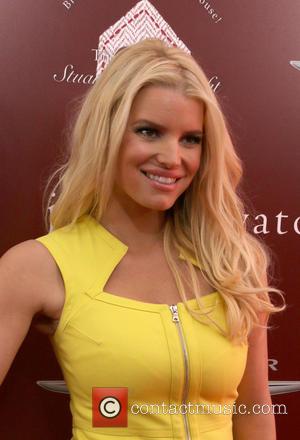 Jessica Simpson is very proud of her new figure.

The 33 year-old singer wanted to show off her new body after losing a reportedly 60-70 pound by posing in a revealing swimsuit over the Memorial Day Weekend.

The Weight Watchers spokesperson, who has had a documented tough time with losing weight, shared a couple of snaps of herself on Instagram, which clearly shows her impressive transformation.

While sporting a sexy bathing suit, with the sides cut out, Simpson wrote, "If I'm in a bathing suit I should pose proudly."

The new and improved star has come a long way since gaining weight throughout her two pregnancies. She is the mother of daughter Maxwell (2), and son Ace (7 months).

This past February, Simpson opened up about her difficult journey of losing weight in an appearance on Good Morning America.

"I was so insecure, I couldn't even believe what I weighed," the 'Dukes of Hazard' actress admitted, referring to the amount of weight she had gained after giving birth to Maxwell in 2012. "I don't think that I ever expected myself to see the numbers that I have seen on the scale."

However, Simpson did state that no women should feel embarrassed about gaining weight during pregnancy.