Jessica Simpson's fiancé is taking a back seat 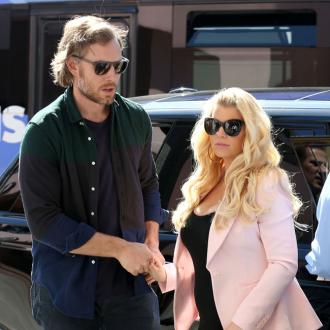 The 33-year-old star is set to marry Eric Johnson - with whom she has daughter Maxwell, two, and 11-month-old son Ace - in Santa Barbara, California early next month and the former NFL star is taking a step back so she can put the finishing touches on their ''classic and modern'' wedding.

A source told E! News: ''[She is] all hands-on for her wedding and her husband...is sitting back and enjoying letting Jessica make a lot of the decisions for their wedding day. He is a very laid-back guy and just loves seeing Jessica happy, especially on her big day.''

But Jessica's younger sister Ashlee, who is set to marry her fiancé Evan Ross, 25, on August 31, is helping her organise all the last minute details.

The insider said: ''Jessica and Ashlee are very close and really supportive with each other, especially since both weddings are coming up.

''They have been doing lots of wedding stuff together. During this wedding process they both have been talking to each other about their ideas, even though they both are having very different weddings.''

Ashlee, 29, has developed a close bond with Eric, 34, and can't wait for him to become her brother-in-law.

The source said: ''Ashlee gets along with Eric very well and is so excited for them to tie the knot...She considers him like an older brother.''