Jessica Simpson and Eric Johnson have planned a Gypsy-style nursery for their daughter. 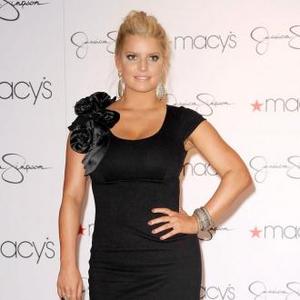 Jessica Simpson wants a 'bohemian' nursery for her newborn baby.

The 31-year-old singer and actress gave birth to a daughter named Maxwell Drew last week and apparently she and her sportsman fiancÃ© Eric Johnson are planning a ''Gypsy'' theme for their child's bedroom.

Rachel Ashwell of Shabby Chic Couture told People: ''Jessica is very pretty and feminine, but she didn't want this to be over-the-top frilly. The words she used were 'gypsy' and 'bohemian,' so we brought in lavenders and mauves with a bit of Pink and Aqua.''

She claimed to look in Flea markets to find antique pieces that she converted into shelving units and a custom changing table, which she made by screwing a changing table top to a dresser.

She continued about the new parents: They were probably the most un-neurotic people I've ever known. Jessica wanted [the nursery] be cosy and cute, and she was very respectful of Eric, asking, 'Do you like this?' And he was nicely opinionated.''

Rachel added: ''I found being around them very inspiring to think, 'Wow, [this is] a real collaborative vision. I even wrote them a little note saying, 'It's been such a privilege to be part of making your home for you, because I know it's going to be a house of substance.'''