As Us Weekly reports, Ashlee acted as a bridesmaid alongside CaCee Cobbs. Ashlee's fiancé Evan Ross also attended alongside Simpson's parents, Joe and Tina. Actress Jessica Alba was also in attendance with her boyfriend Cash Warren.

Simpson wore a Carolina Herrera gown as she walked down the aisle to an instrumental version of Chris Isaak's 'Wicked Game', according to sources.

The couple spoke to People and expressed how overjoyed they both were to have said their vows in front of their family, particularly their two children. The 33-year-old Simpson and 34-year-old Johnson said "We are overwhelmed with complete happiness and love having made our eternal commitment. To say 'I do' in front of family, friends and, most importantly, our children has been the happiest moment of our lives."

The newlyweds have enjoyed a relaxed weekend with their family in the lead up to the wedding. On Friday they celebrated 4th July by throwing a barbeque with karaoke and games. On Thursday (3rd July) NFL player Johnson found time to unwind before the festivities with a game of golf with his family and future father-in-law. 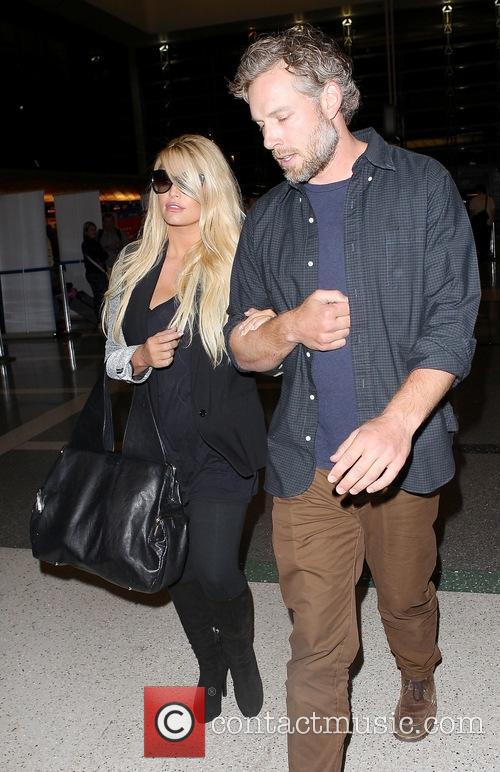 The couple have been together for over 4 years.