Jessica Simpson is 'done' having kids

Jessica Simpson and her husband Eric Johnson are adamant they won't be having any more planned children because they're happy with just two. 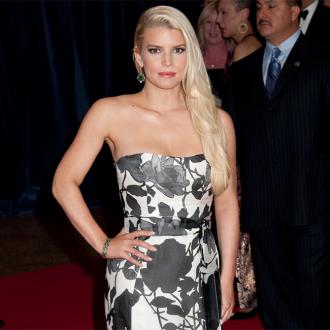 Jessica Simpson is ''done'' having children.

The 34-year-old star and her new husband Eric Johnson already have two-year-old daughter Maxwell and 14-month-old son Ace together and they are adamant they don't want to add to their brood.

''I say we're done. I don't want to accidentally get pregnant one day and then that poor kid feels like it wasn't meant to be or something. We've got the girl and we've got the boy.''

Meanwhile, the blonde beauty tied the knot with Eric on July 5 following four years of dating and she admits she's officially taken on the hunk's surname, but she's yet to change it on her social media accounts.

She joked: ''Jessica Johnson. Doesn't that sound like the best stripper name ever?

''I did change it, but for everything else it stays the same. I guess I didn't change it on my Instagram or my Twitter, so does that not make it official?''

However, the singer admits she'll still fall back on her maiden name when she needs to.

When asked which surname she would use if she were to make a dinner reservation, she replied: ''It depends on what restaurant it is. If it's a hard restaurant to get into, I will definitely say 'Simpson.' It helps a little bit. My licence says 'Jessica Johnson.' That makes it legit.''