Jessica Simpson has retired from acting

Jessica Simpson has decided she no longer wants to be an actress and no longer intends to pursue that aspect of her showbiz career. 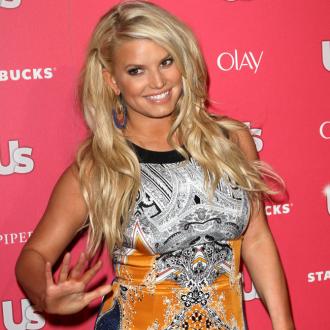 The 33-year-old star has had limited success on screen with roles in several movies, including 'The Dukes of Hazzard' movie remake of the popular TV show, comedy 'Employee of the Month' and 'Blonde Ambition' among others.

Jessica - who has two sons, 19-month-old Max and five-month-old Ace, with her fiancé Eric Johnson - has now decided her film career is over and she never intends to audition for a role again.

A source said: ''Jessica has told friends that she's 100 percent done with acting and never wants to read another script. Although critics laugh about her acting, the truth is, she could make a couple of million dollars a year just with the network guest starring roles she's offered as well as TV commercials, which she doesn't enjoy.''

Jessica - who had a successful pop career before making the transition to the screen - has a number of different business ventures, including her own fashion line The Jessica Simpson Collection.

The blonde beauty intends to devote all her energy to those and has even considered quitting Los Angeles, but will stay for retired NFL player Eric, 34, as he loves living in the city.

The source added to RadarOnline.com: ''Jessica is strictly a businesswoman - with such lucrative ventures as her shoe line - and a mom and she just doesn't care at all about being an entertainer or part of the social scene of filmmaking in LA.

''She really keeps LA as their home base for Eric - his closest friends live there ... Jessica loves New York City but they don't live there full-time because Eric needs to be out on the golf course even in the winter.''