Jessica Simpson and her husband Eric Johnson were reportedly paid $100,000 by Us Weekly magazine for the first photos of their baby son Ace Knute. 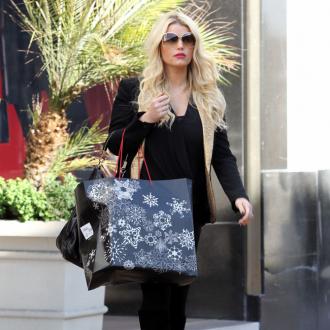 Jessica Simpson was reportedly paid $100,000 for the first photos of her son Ace Knute.

The singer-turned-fashion designer appears in this week's issue of Us Weekly with the baby - who was born on June 30 - and her fiancé Eric Johnson.

According to the New York Post newspaper, Jessica and former NFL player Eric received the six-figure sum from the publication for the exclusive.

Jessica said: ''With two kids, we have our hands full, but every day is a new adventure. It's fun! I feel very at peace with being a mom.''

The blonde beauty found out she was expecting Ace just six months after giving birth to Maxwell and she now plans to take a break from being pregnant.

She added: ''Pregnancy is a lot. It was hard to do two so close together. I have this huge sense of accomplishment, and I feel in my heart that I'm done. But obviously, accidents do happen!''