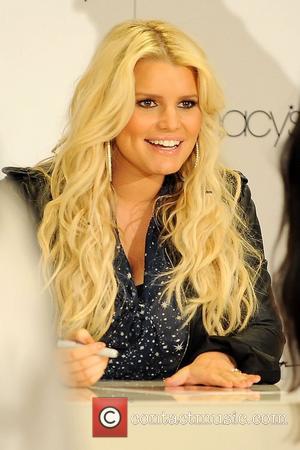 Six months after giving birth to her daughter Maxwell Drew, Jessica Simpson has completed her remarkable weight turnaround. The singer and actress has lost more than 60lbs and showed off her new slim figure at an event for her fashion line the Jessica Simpson Collection in Tampa on Saturday (November 17, 2012).

Two days prior, she had posted a sneak peek on Twitter of a forthcoming commercial for Weightwatchers. It's not been an easy road for Simpson, who admitting that she was struggling to kick her pregnancy craving of macaroni and cheese. "My body is not bouncing back like a supermodel," she said in September, "I'm just your everyday woman who is trying to feel good and be healthy for her daughter, her fiancé and herself." Her partnership with the weight loss brand hasn't been without its controversy, given that she was paid a reported $3 million to lose the 60lbs. A spokesman for the company declined to comment on the financial side of the deal, instead saying Simpson would be adopting a "strong focus on healthy eating, behavioral change, activity and support."

Simpson's success is just what Weightwatchers need, with the company's stock falling some 25% in May, according to CNN Money. Their first-quarter financial report showed sales of around $500 million - disappointing given the company's previous figures.