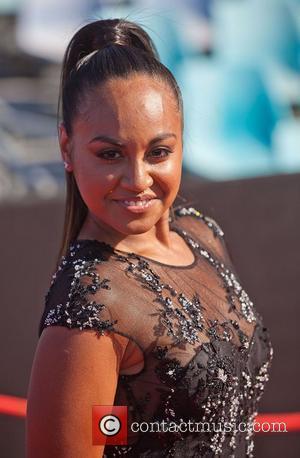 Singer and actress Jessica Mauboy almost suffered an embarrassing wardrobe malfunction at the Cannes Film Festival on Sunday (May 20, 2012) while attending the screening of her new movie 'The Sapphires', which incidentally scored glowing reviews.
Mauboy stepped onto the red-carpet in one of the most daring dresses of the festival so far, with a wide V-neck that "threatened" to fall a bit too low every time the American Idol runner-up struck a pose for the photographers. Sources suggest double-sided tape was the key to holding the dress in place, with the Huffington Post, adding, "We'd like to take a moment to thank the inventor of double-sided tape, without whom we'd have many, many more wardrobe malfunctions". 'The Sapphires' is a film about four indigenous women who are discovered by a talent scout in Australia, played by Chris O'Dowd. They travel to Vietnam in 1986 to sing for troops during the war. The film has already been snapped up by the Weinstein Company, and critics were impressed during its first showing at Cannes. Peter Bradshaw of the UK's Guardian newspaper, said, "The performances are sparky, the musical numbers - including a lovely rendition of the Jackson Five's Who's Loving You? - are beautifully shot and sung". The Hollywood Reporter noted, "It's a sparkling debut, and the festive crowd at its out-of-competition midnight screening in Cannes agreed, giving the film a 10-minute standing ovation".
'The Sapphires' represents Jessica Mauboy's big screen debut, though she did appear in the television series Underbelly.

Jessica Mauboy - The Day Before I Met You Video

Jessica Mauboy - Can I Get a Moment (Acoustic Sessions) Video 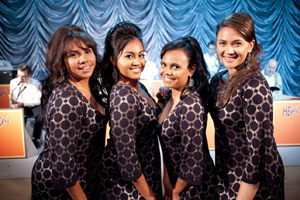 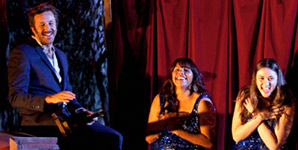