The interview was unveiled the same day his death was announced.

Sam Shepard's ex-partner and former collaborator Jessica Lange had opened up about the late actor and playwright's style of humour in an article that was published the same day his death was announced, and she was wonderfully diplomatic about it. She is yet to publicly comment on the sad news. 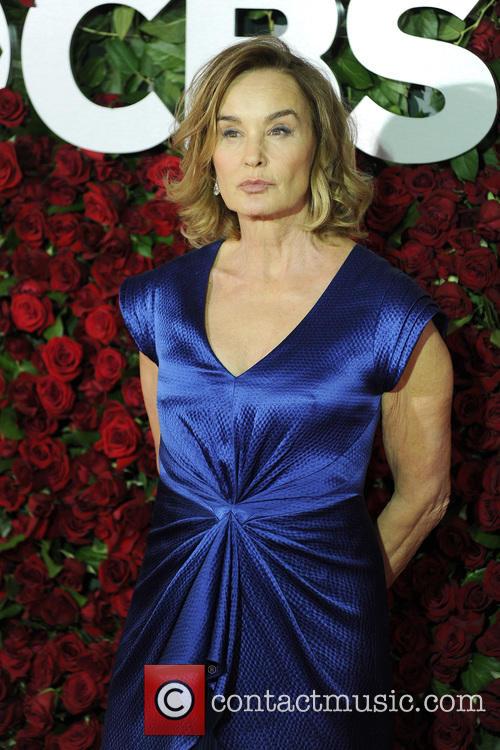 Jessica Lange at the Tony Awards

While the 'American Horror Story' star has yet to make a public statement regarding her feelings on the death of her former lover Sam Shepard, she was in fact only talking about him a matter of days before his death in an interview that was published earlier this week at the same time his death was revealed.

'I wouldn't call Sammy easygoing and funny', she had said to AARP in an interview about her many movie appearances over the years. 'But everybody has their dark side, and he always does it with a sense of humour.'

She and Sam had appeared in no less than three movies together: 1984's 'Country', 1986's 'Crimes of the Heart' and 2005's 'Don't Come Knocking'. They were together for more than 25 years from 1982 to 2009, and while they never married, they had two children together named Hannah Jane and Samuel Walker who they raised in Virginia, New Mexico, Minnesota and New York.

Sam passed away at the age of 73 last Thursday (July 27th 2017) from complications relating to his amyotrophic lateral sclerosis; a neurodegenerative disease also known as motor neurone disease or Lou Gehrig's disease.

While the twice Oscar winning actress is best known for starring in movies the likes of 'Tootsie', 'Blue Sky' and 'Cape Fear', Sam is probably most renowned for winning the Pulitzer Prize for Drama in 1979 for his landmark play 'Buried Child'. Of course, he also went on to be nominated for an Academy Award for his appearance in 1983's 'The Right Stuff'.