Jessica Chastain: Tom Hardy's Is On Another Level

Jessica Chastain thinks Tom Hardy's acting ability is on ''another level'' after starring as his onscreen lover in 'Lawless'. 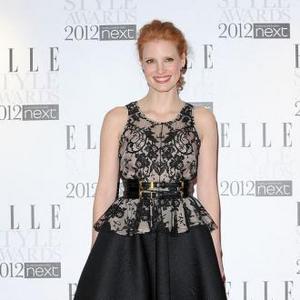 The 35-year-old beauty was full of praise for the 'Dark Knight Rises' actor, who she stars alongside in forthcoming Prohibition-era gangster movie 'Lawless', and she was also impressed with the performances of Shia LaBeouf and Jason Clarke, who play Tom's onscreen brothers in the film.

She said: ''The casting for 'Lawless' is amazing. The three of them look like brothers to me and even act like them. They play, fought and joked - really stupid 'guy' jokes - and it was wonderful to see their dynamic together.

''Shia was so prepared all the time, such a professional, it was really exciting to see him in this role. I worked with Jason before and he is fantastic as Howard. It's such a huge metamorphosis, I've never seen him do anything like this. And Tom Hardy, who I have most of my scenes with, for me, it was just another level of acting.''

Jessica plays Tom's onscreen lover Maggie in the forthcoming film - which tells the story of a bootlegging gang who are threatened by authorities who want to get a hand on their profits - and she found their story to be ''very moving''.

She added to FlicksandBits.com: ''I thought The Script was dynamic and shocking and great. What really drew me to the character was the love story between Maggie and Forrest. I liked the idea that they were two damaged people who have one shot at happiness. That was very moving.''