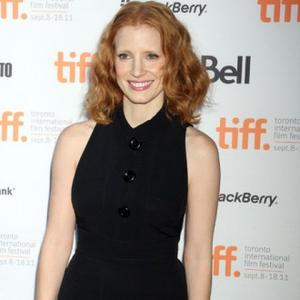 The 30-year-old beauty - who most recently starred in 'The Debt' alongside Dame Helen Mirren and Sam Worthington - will take a leading role in the as-yet-untitled Joseph Kosinski film.

The love story, previously titled 'Oblivion' and 'Horizons', tells the tale of a future earth where humans are forced to live in clouds due to the surface no longer being habitable.

An earth-bound repairman (Tom) whose job it is to work on drones fighting off aliens one day meets a woman, causing problems for him and his partner (Jessica).

Peter Cramer and Sara Scott are overseeing the project for Universal, with Peter Chernin and Dylan Clark producing.

Jessica has a number of big roles coming up following her successful turn as Brad Pitt's wife in 'The Tree of Life'.

She will next be seen in 'Texas Killing Fields' with Sam Worthington and Chloe Moretz and also stars in 'The Wettest County in the World' with Shia LaBeouf.