Hollywood star Jessica Chastain has bought an apartment in a haunted building, according to some of her neighbours. 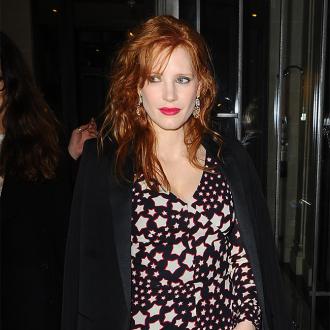 Jessica Chastain has bought an apartment that is supposedly haunted by ghosts.

The 38-year-old actress is reported to have spent as much as $5.1 million on an apartment in New York that features four bedrooms and 3.5 bathrooms, but according to two residents from the Osborne Apartments on West 57th Street in Manhattan, there are several spirits living in the building.

Naomi Guffman - a long-time resident of the building - said: ''I have a poltergeist!

''[Me and my husband would] be standing in the hallway talking and the toilet would start to flush.''

Naomi believes her building is haunted by Johanna Gadski, a mezzo-soprano who sang at the Metropolitan Opera before World War I.

Meanwhile, Davida Deutsch said that she and her husband were both awakened by a loud and unexplained bang in the middle of the night during their first evening in the apartment in 1971.

She recalled: ''We were scared to death.''

However, John Coyne, the resident manager of the building, says that although he's heard the ghost stories, he's never seen anything with his own eyes.

He told the New York Post newspaper: ''I haven't come across anything strange. I don't know if that means if he's moved on or he's moved out.''